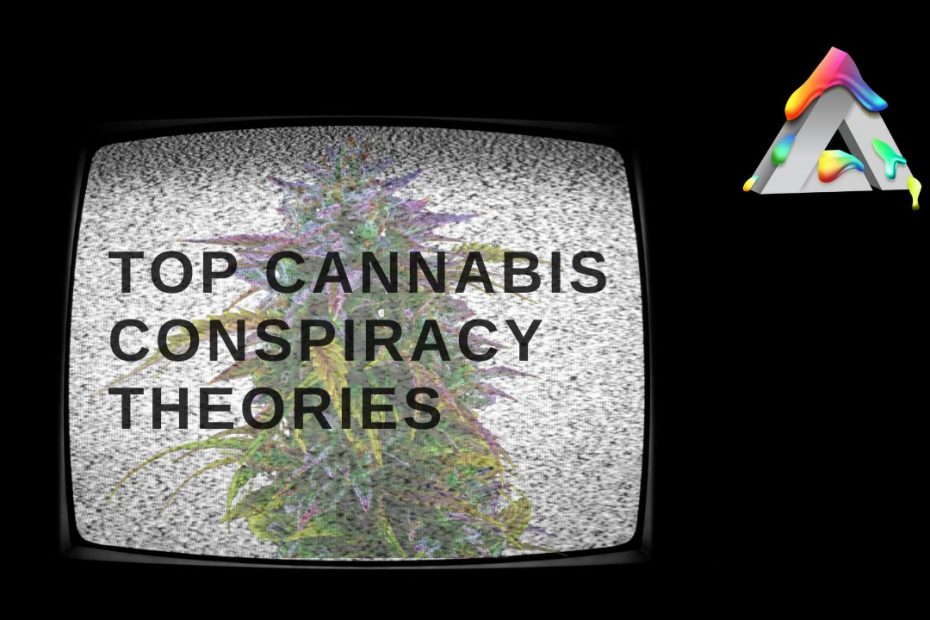 The Cannabis sativa L. plant is one of the most controversial crops in the United States. There are many conspiracy theories on why legalization has been taking so long. Many speculate discrimination, lobbyist, and other special interest groups within the cannabis industries. These are some of the top cannabis conspiracies you might not have known.

Let’s take you back to 1930, America is not what it is today. The head of the Federal Bureau of Narcotics, Harry J. Anslinger has a campaign against “reefer”. Many groups of minorities used cannabis as a form of alternative medicine, which didn’t sit right with Harry J. Anslinger.

When the Marihuana Tax Act was implemented, there was no distinction between hemp and marijuana. Therefore, the recreational use of anything cannabis-related becomes almost impossible to purchase due to high taxes. However, this doesn’t prevent minorities with a cultural history from using cannabis products.

The conspiracy theory is that the U.S. government used this law to target minorities. Although we do see some signs of this, the reality is that this law targeted more than just minorities. This law was responsible for targeting the economically disadvantaged who used cannabis for different purposes.

A schedule 1 drug is any form of drug or chemical that doesn’t have an acceptable form of medical use; also a drug that has a high potential for abuse. When the Marihuana Tax Act was repealed, the Controlled Substances Act took its place.

The War on Drugs

On June 18, 1971, then-president Richard Nixon gave a speech to Congress on Drug Abuse Prevention and Control in which he declared drug abuse “public enemy #1”. What resulted a couple of years after this speech was the beginning of the war on drugs.

As a result, harsh sentences were handed out to so-called drug offenders for carrying or using marijuana. Furthermore, the conspiracy is that law enforcement used the war on drugs to target large groups of minorities.

Just like the Marihuana Tax Acts, we can’t say that all law enforcement used this law this way. However, they did target large groups of economically disadvantaged communities, and minorities were a large part of those groups.

We know that special interest groups help push laws that benefit their industry. The tobacco company has lobbyists, and petroleum companies have lobbyists who help pass or prevent laws in their favor. There exist many industries that stand to lose if cannabis becomes legal.

The cannabis plant can create fiber, food, materials, and other uses, which doesn’t sit well with some lobbyists. One of the slang terms for cannabis is “weed” because it’s a weed. It can grow anywhere; it might not be potent, but it’s cannabis nevertheless.

One of the most significant contributors to pollution is the textile industry. It needs to keep up with the demand for garments, so farmers use dangerous chemicals to make cotton grow faster. In addition, they are responsible for filling landfills with throw-away garments called “fast fashion”.

The conspiracy is that lobbyists kept hemp illegal to prevent hemp farmers from supplying factories with a more environmentally friendly material. Also, tree lobbyists are said to have contributed to keeping hemp illegal. Of course, it’s only a conspiracy because we can’t pinpoint which special interest group did this.

The argument used under the Controlled Substance Act is that cannabis has no medical use. When you make it illegal to research cannabis, it’s evident that it will not have any medical use. However, we don’t know the names of pharma companies that did this, so it’s a conspiracy theory for now.

However, there exist specific reasons why CBD and Delta 8 are more restrictive in states where cannabis is legal. Here are the facts on why some marijuana growers don’t like hemp.

Marijuana growers with outdoor operations spend a lot of time and money ensuring their crops are top-notch. It becomes a nuisance for growers when the pollen from nearby hemp farms starts to cross-pollinate their fields. A lesser potent strain of marijuana starts to grow because of cross-pollination.

There are strong suspicions that big marijuana brands in states where cannabis is legal are responsible for restrictions on Delta 8. For example, in California, there are restrictions on hemp flower. However, California earns a lot of revenue from marijuana cultivation.

The marijuana market shares in states where cannabis is legal far outweigh the sales from hemp companies. However, hemp still takes some customers away from marijuana and produces larger profit margins. Hemp products like Delta 8 fall in the same category as CBD; therefore, hemp is not subject to the same taxes as marijuana.

Keep in mind these are conspiracies that kind of make you think. Was the whole point of the Marihuana Tax Act a discriminatory law? Are there special interest groups trying to prevent cannabis from becoming federally legal? Do marijuana companies, not like hemp companies? We can’t say for sure.

What we do know is that cannabis should become federally legal, period. The war on drugs should not include cannabis, and you should try our products if you haven’t already. Also, these are good talking points to bring up to your friends next time you get stoned.